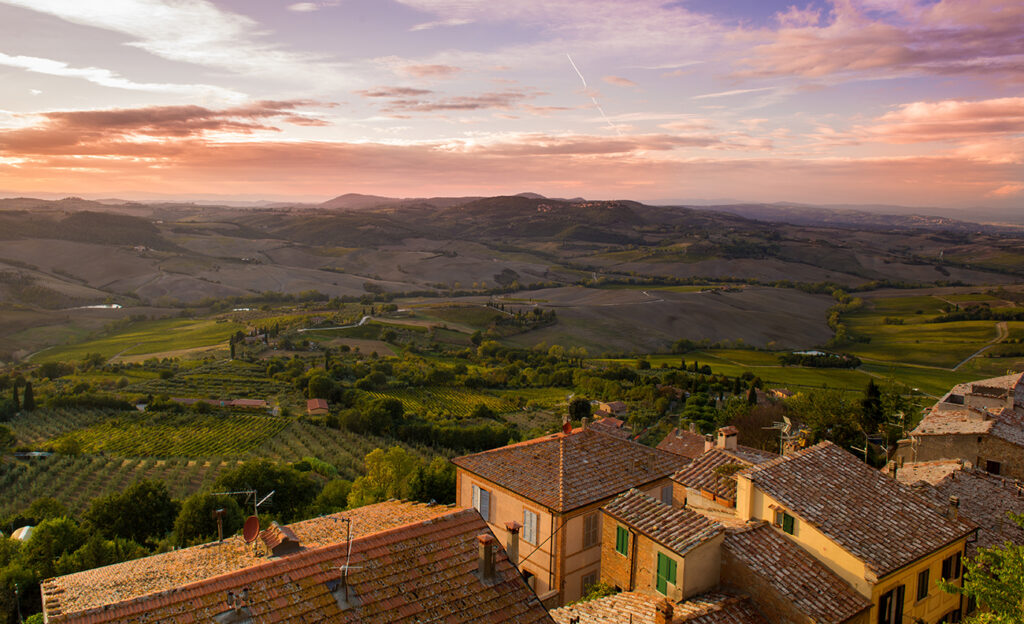 Stretching across the southern slopes of Europe’s great mountain range, the wines of northern Italia derive from temperamental and delicate grapes. In the west, single hills grow three classics, ascending to the sun in order of taste and price. In the east, a singular combination of cultures leads to a surprising selection of non-traditional Italian vino. And surrounding the country’s famed sinking city, oceans of grapes provide quantities of wine unheard of elsewhere.

Home to both the ‘King’ and ‘Queen’ of wines, Piedmont stands out among Italy’s other regions for a number of reasons. The chills that creep down from the Alps are offset by a warm Mediterranean breeze, providing one of those climates perfect for the growing of difficult (hence delicious) grapes. In tiny pockets such as Barolo (the king) and Barbaresco (the queen), a single hill will be layered – in descending order – with nebbiolo, barbera and dolcetto grapes. Only nebbiolo end up in the finest of this area’s wines, but all of the great producers – Vietti, Renato Ratti and Gaja among them – produce vintages from all of these grapes at multiple price points.
Elephants Piedmont recommendation: Vietti Nebbiolo 'Perbacco' (the name means 'WOW' in Italian); generous red fruit; gobs of menthol-tinged spice and a long, complex finish.

Tucked into northeastern Italy, these two regions boast a unique combination of cultures that accompanies and complements a viniculture that defies expectations. This region has long served as a crossroads between Italy, Austria, and eastern Europe. The cuisine here is absent the stereotypical Italian pasta, instead heavy with alpine meats and cheeses. Its wine is similarly differentiated from the rest of the country. 70% of the wines produced here are whites, with pinot grigio especially benefiting from the cool Adriatic breezes which carry with them a surfeit of rain, interspersed with copious amounts of sun. Look for lesser-known but quality vintners such as the Walch family, Lageder and Primosec.
Elephants Trentino, Alto Adige and Friuli Giulia recommendation: Primosec Refosco; a unique indigenous grape that yields a sturdy wine with ripe red and blue fruit, five-spice and a rustic finish.

Ahh… Venice. Stretching northwest from the city of romance lay acres of vineyards, covering the rolling hills until they reach Verona, hard on the shores of Lake Garda. These two cities, long centers of trade, allowed for a build-up of an enormous wine-making infrastructure, creating industrial scale vintners unheard of outside of Gallo in Napa. Experimentation with grapes such as corvina, rondinella and molinara lends this region an avant-garde feel, much like Lodi (in California’s central valley) or Languedoc (in southeastern France). Bardolino and Valpollicella (red), and Soave (white) are all famed produce of the Veneto, along with Amarone (a rich red made in small, exclusive batches which keeps prices high) and Prosecco (everyone’s second favorite sparkling wine).
Elephants Veneto recommendation: Pieropan Soave Classico; peach and lemon flavors with aromas of blossoms and almonds, and great length. 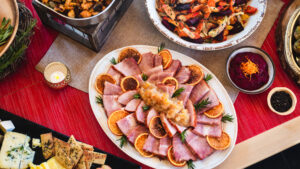 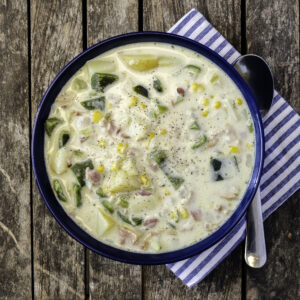 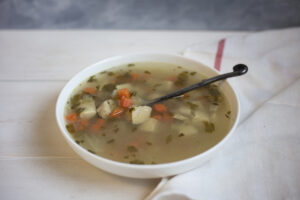 Click here to print! There’s just something about a good chicken soup that is so comforting. We’ve been making this...